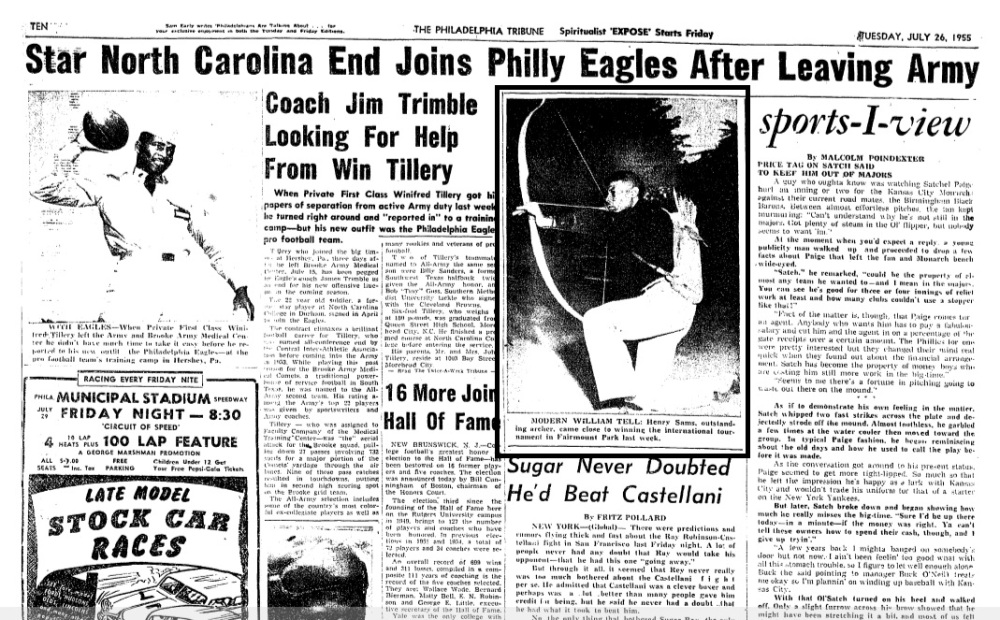 Born to Henry Sams and Nancy Sawyer Sams, Henry Sams Jr. spent his childhood in Jacksonville, Florida before his family’s migration to Philadelphia, Pennsylvania. Throughout his lifetime, he excelled in sports since his time at Overbrook High School. He also participated in pre-Olympic meets in an effort to qualify for the Olympics in the high jump, long jump, and track. His sports accomplishments made the Philadelphia Tribune weekly. After his time in the Pennsylvania National Guard, he set his eyes on a new sport-archery.

“Whether it’s target practice you’re after or the hunt for game, archery’s in a class by itself. Experience drawing a bow and watching an arrow speed through the air, and you can count yourself as one of the thousands still devoted to the sport.”

He was the first African American to join the Philadelphia Archery Club and the New Jersey Aldebarans and placed a close second to the international archery crown. Yet, he won the Pennsylvania Archery Tournament, the first African American to capture the Philadelphia crown. He attended multiple colleges and universities, Drexel University, Pennsylvania State University, Chicago State College, and Temple University. He married Eleanor Johnson of Willingboro, New Jersey and together they had one daughter Cathy Sams. Sam and his second wife, Edna Sams were only married for 13 months until his death on February 18, 1975.

As I have found minor leads in my pursuit of a living descendant of the Flowers family, I decided to look outside of this family’s immediate tree and into the life of Edna Sams who passed away in 2004.

With a quick search, I found the obituary of her brother-in-law Jesse O. Brooks

The family attended the same church, which I will contact this tomorrow. Hopefully, Naomi and her family still attend and perhaps know the whereabouts of Cathy Sams, the daughter of Henry or even the descendants of the Flowers family. It is a stretch, but an option.