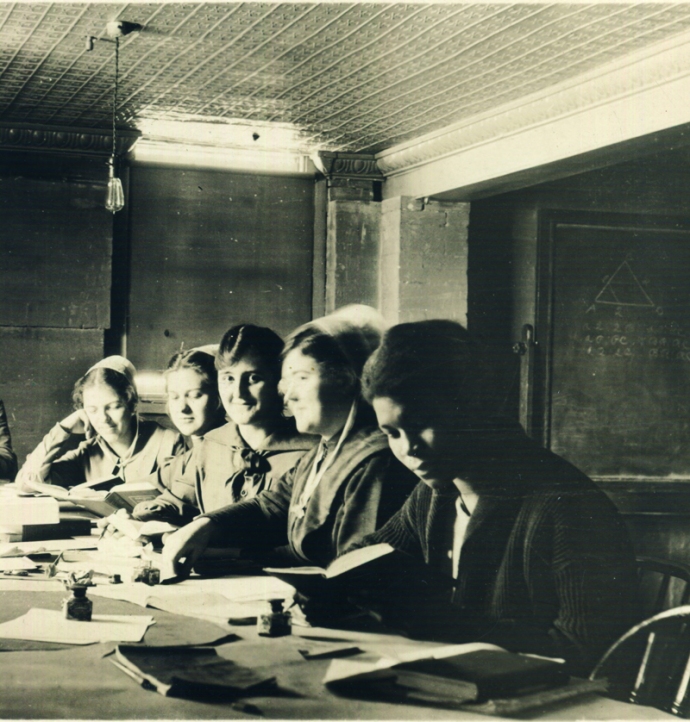 This was the first image I encountered of Rachel Flowers a decade ago (a WHOLE DECADE AGO). It was my first semester of college and I noticed the image while doing a course assignment in the library. Messiah College recently celebrated its centennial anniversary and posters honoring the institution’s multicultural century hung across campus. I recall seeing the photo, noting its significance, and just continuing the assignment with my group.

Two years later, I returned to this image when I first began my research on Rachel. Now, as I write a journal article about her life for the Church of Brethren in Christ, I begin once again with this image but not merely inserting the image, but reading this image. Tina Campt’s Image Matters and Listening to Images offers a methodology on how to read photographs and re-positioning these historical records to the center of our historical writing as oppose to a supplement to our works. Using this image among others of Rachel as the center of this article, they will tell readers of her experience at Messiah Bible School and Missionary Training Home from 1916 to 1918.

The feminist theorist and historian of photography Laura Wexler has written that what we learn of the past by looking at photographic documents is not “the way things were.” What they show us of the past is instead “a record of choices,” for, as she maintains, “it is only through understanding the choices that have been made between alternatives—learning what won out and what was lost, how it happened and at what cost—that the meaning of the past can appear.” Extending Wexler’s point, I argue that it is important to read photographs not only as records of choices but also as records of intentions. The question of why a photograph was made involves understanding the social, cultural, and historical relationships figured in the image, as well as a larger set of relationships outside and beyond the frame—relationships we might think of as the social life of the photo. The social life of the photo includes the intentions of both sitters and photographers as reflected in their decisions to take particular kinds of pictures. It also involves reflecting historically on what those images say about who these individuals aspired to be; how they wanted to be seen; what they sought to represent and articulate through them; and what they attempted or intended to project and portray.

A record of choices.
A record of intentions.
The social life of a photograph.

This photograph of Rachel is neither a family photo or state-sanction photo, two types of images at the center of Campt’s work. Nevertheless, Campt’s methodology reconstructs the way I read, not simply view, these images of Rachel. 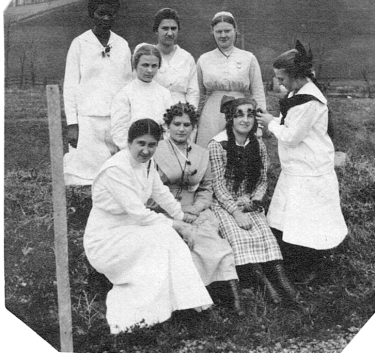 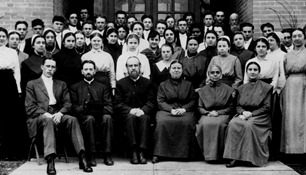 The social life of these photographs. Who took these images of Rachel and for what purpose? This question is semi-easy to answer. Most of the photographs were initiated by the institution to document campus life and the traditional school-wide photograph. Yet each image showed Rachel in different settings—outdoors with her peers, a class photograph, and two in a more academic/learning setting. Beyond the smaller image of her outdoors and the traditional class picture, the images of Rachel in the classroom were printed as postcards. 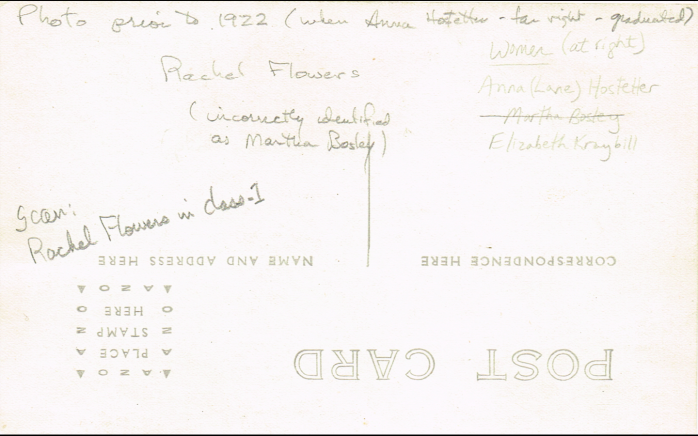 A record of intentions. What did the photographer hope to capture? Why these images?

There are many decisions the photographer, sitter, and printer made in documenting these moments, most will remain unknown. Also Rachel had a choice in not being photographed that day. Perhaps she understood the power of her presence, being the first and the only Black person in this white space. Or perhaps, she simply wanted her picture taken.

What do theses images say to you?

2 thoughts on “Reading Images in the Archives”